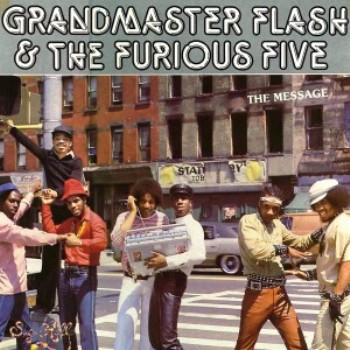 The Message is the 1982 debut studio album by the American hip hop band Grandmaster Flash and the Furious Five, best known for the title track which became an international hit song. Generally considered to be a Cult Classic in hiphop history in 2002 it became the first rap song to be listed in the National Recording Registry.

Don't push these tropes, 'cause they' re close to the edge.