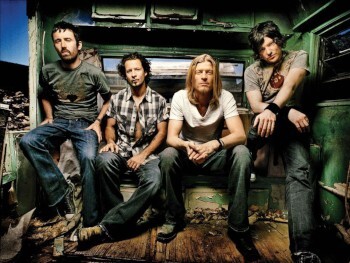 Puddle of Mudd is a Post-Grunge rock band from Kansas City, Missouri, who have to date sold over 7 million albums. As of 2020, the only founding band member left is lead singer Wes Scantlin.

and left a muddy mess (allowing Cracked to joke that they missed a great opportunity to name themselves "Mississippi River Flood").

Puddle of Mudd provides examples of: