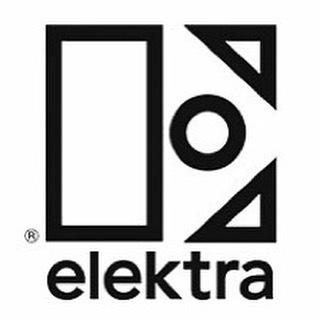 "As time went by, I've come to realize that Elektra was a really significant label. They have a lot of my favorite bands. I remember having a conversation with Cliff Burton, and we couldn't believe we were on the same label that The Stooges were on. They were bands that we saw in the same light as us. They weren't really commercial bands — well, maybe The Doors were — but they were artists that didn't kowtow to what was popular at the time. Knowing that was a huge source of confidence for us."
— Kirk Hammett, interviewed

by the AV Club
Advertisement:

Elektra Records is one of the main labels in the Warner Music Group (along with Warner (Bros.) Records, Atlantic Records and Parlophone Records). Over the years, it's been the home of major artists such as The Doors, Carly Simon, Queen and Metallica.

Elektra was founded as a small, independent Folk Music label by college student Jac Holzman in 1950. The company became a force on the folk scene, and also released a series of profitable sound effects albums, but by the mid-60s, Holzman was looking to expand into Rock & Roll. He signed Blues Rockers The Paul Butterfield Blues Band, then followed up with Love, who in turn recommended The Doors. From then on, Elektra established itself as one of the major names in the Psychedelic Rock field; they also helped launch Punk Rock by signing two of Ann Arbor's finest, MC5 and The Stooges, as well as Nico. Both The Stooges' debut and Nico's The Marble Index would be produced by former The Velvet Underground member, John Cale. While these Proto Punk artists' albums initially flopped, they would later be recognized as classics. On the opposite end of the musical spectrum, Elektra's roster included soft rockers Bread and Singer Songwriters like Carly Simon, Harry Chapin and Tim Buckley. However, Elektra stumbled when they opened a London office in the late 60s to directly sign British bands. Although the UK division released some interesting music, it never became truly competitive with more established companies; also, its only successful group, eccentric Folk Rock combo The Incredible String Band, wound up leaving the label after a few years.

By 1970, Elektra was successful enough that Kinney Corporation (then the corporate parent to Warner Bros.) bought the company, launching what is now known as the Warner Music Group. In 1972, Holzman left Elektra and turned it over to David Geffen, who merged it with his Asylum label (home of Jackson Browne, Eagles, Joni Mitchell, and Linda Ronstadt, among others). The relationship between the labels was similar to the relationship between parent label Warner (Bros.) Records and Reprise Records as well as between Atlantic Records and Atco Records. Warner also acquired Nonesuch, which began to build its own identity separate from Elektra, eventually becoming well known for its roster of Americana, World Music, roots, Folk Rock, 20th century Classical Music and Alternative Rock artists.

With the rise of Punk Rock and New Wave Music, change was once again in the air in the late '70s and Elektra responded accordingly, signing The Cars, Television, and (a few years later) X. In the 1980s and early '90s, the label was yet again on the cutting edge as an outlet for the burgeoning Alternative Rock genre, signing acts like Kyuss, Phish, Ween, 10,000 Maniacs, They Might Be Giants and Violent Femmes. They also made US-only deals with The Afghan Whigs, Billy Bragg, The Cure, Happy Mondays, The Pixies, Public Image Ltd. and The Sisters of Mercy, as well as The Sugarcubes, which paid off when singer Björk underwent a Breakup Breakout. This was likely helped by Elektra being the historical home of two of alternative's biggest influences, The Stooges and The Doors. The label entered the fields of Country Music (Conway Twitty, Hank Williams Jr.), Hip-Hop (Busta Rhymes, Del Tha Funkee Homosapien, Cee Lo Green, Grandmaster Flash and the Furious Five), and Heavy Metal (Dokken, Metallica, Mötley Crüe).

Elektra's role in the rise of alternative rock music is significant, and is largely credited to label chairman Bob Krasnow, who had discovered Captain Beefheart early in his music industry career and had a sympathetic ear for experimental and left-of-center artists. The label's A&R staff included Terry Tolkin, who as a music writer coined the very term "alternative music" in 1979, future Billions creator Brian Koppelman, Sue Drew, Peter Philbin, Dante Ross, and Howard Thompson, who helped sign and represented many of the above bands. An oral history of the label's alternative rock era, with interviews from artists and employees, can be found here

By The '90s, Elektra was underperforming and some of its roster was unhappy. The trouble began in September 1994, when Krasnow abruptly resigned as the result of a power struggle in the Warner Music Group. Krasnow had personally championed many of the label's more offbeat acts, and his departure meant some of those artists lost support within the label. Many of the members of the A&R staff were also out the door soon after. Things got worse a few months later when Metallica, one of the biggest artists on their roster, sued Elektra to terminate their contract, claiming the label was shorting them on royalties. Although that suit was settled, it was a sign of things to come for artist relations at Elektra. Greg Dulli of The Afghan Whigs accused the label of ignoring and underpromoting his band, and singer-songwriter Jason Falkner coined the term "Neglektra" to describe his feelings about the label. They Might Be Giants quit Elektra

in 1996, when the label booked an unscheduled, last-minute concert during their tour in Japan, which they refused to play. Elektra signed indie rockers Spoon in 1998, but their album sold poorly, which the band in turn blamed on the label's poor marketing. Four months after its release, their A&R rep quit Elektra and the band were dropped from the label that same week. The band would go on to have much more success when they returned to indie labels. Partly due to this bungled handling of Spoon, Elektra completely missed out on the 2000s indie rock movement, and were not as prominent of a rock label in that decade as they were during the alternative era of the 80s and 90s.

Things weren't all bad for Elektra after Krasnow's departure. He was replaced by Sylvia Rhone, who brought successful artists like Missy Elliott, Busta Rhymes, and Third Eye Blind to the label. Elektra also took over Warner subsidiary EastWest, which Rhone had been running beforehand, and brought that label's top acts like Dream Theater, Pantera, En Vogue, AC/DC, and Gerald Levert into the Elektra fold.

The label struggled in the early 2000s, despite some success with artists like Jason Mraz, Staind and Missy Elliott. In 2004, after Rhone left the label for Motown, Elektra was merged with Atlantic Records and the label went dormant. Most of its remaining performers were moved to other WMG labels, while some left the company altogether. From 2005 to 2009, Elektra mostly only released archival material, such as greatest hits albums, reissues and live records, often working in conjunction with sister label Rhino Records. The only new music released on Elektra during these years came from longtime label acts Björk and Tracy Chapman, who continued to release their new studio albums through the label as opposed to another Warner imprint.

Elektra was reactivated by Warner in 2009; its latter-day roster includes Bruno Mars (who quickly moved to Atlantic), Zac Brown Band, Little Boots, Christina Perri, Marina Diamandis and Ed Sheeran. In June 2018, WMG announced that Elektra would become a frontline label again, separate from Atlantic, with Fueled by Ramen and Roadrunner Records moving into Elektra Music Group's umbrella. Since its return to frontline status, the label has seen success with artists such as Sturgill Simpson, Young the Giant, and Fitz & The Tantrums.

Not to be confused with the comic book Elektra.

Elektra artists, past and present, with TV Tropes pages:

* US & Canada only
** Originally on Asylum, transferred to Elektra when Asylum went dormant