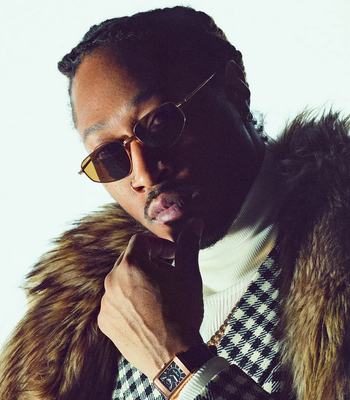 Nayvadius Demun Wilburn, formerly known as Meathead and currently known as Future, born on November 20th, 1983, is a rapper and singer from Atlanta. He rose to prominence after the release of his song "Tony Montana", which later got a remix with Canadian recording artist Drake. He then released his debut studio album Pluto, which was then followed by Honest in 2014. He has released music consistently ever since.
Advertisement:

Known for his heavy use of AutoTune on his voice, his slurred line delivery, hard hitting beats and often boastful and sometimes even memetic lyrics, he has became one of the most popular rappers in Trap Music in the 2010s.

Tropes Shown In His Music: