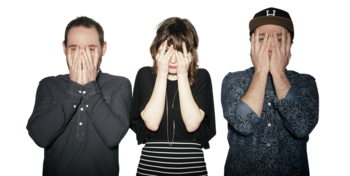 CHVRCHES (pronounced "Churches") is a Scottish Synth-Pop trio, formed in 2011 in Glasgow.
Advertisement: