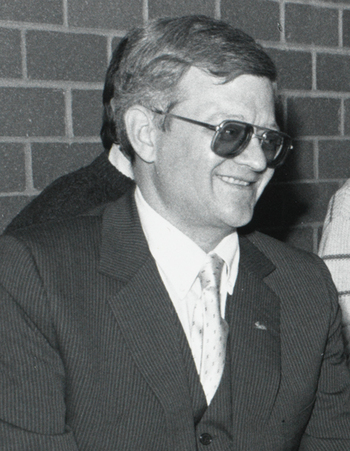 "Who the hell cleared that?"
— Reaction of a US Navy Admiral to reading The Hunt for Red October
Advertisement:

His first and probably most famous novel is The Hunt for Red October. Notably, the book featured such accurate depictions of US submarine operations that he came under investigation because the government was convinced he was being leaked classified information. As it turned out, he was able to to piece together how things worked by thoroughly researching publicly available sources. He applied this rigorous attention to detail to the works he had a direct hand in — although he did get things wrong on occasion.

Famous enough to be a brand name; the appellation "Tom Clancy's..." has been applied to a TV miniseries, several series of novels, and a number of Video Games; which ostensibly meet the author's demands for research and technical realism, but feature some glaring inaccuracies while more-recent works focus more on Rule of Cool because most were made without much involvement from the man himself. Products bearing the "Tom Clancy's" branding ceased having anything to do with Clancy after Ubisoft acquired the intellectual property rights to his name and the drift away from rigid realism continued further.

Clancy passed away on October 1st, 2013. The cause was never officially stated, but his long-time co-author John D. Gresham speculated that he'd been on borrowed time since he'd had heart surgery a few years earlier.