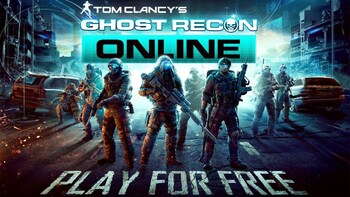 Players have 3 classes to choose from. Each of them has a choice of 2 class-specific equipment. Players can change classes between matches, but not inside the match itself. :

In March 2014, Ubisoft announced a total overhaul of the game into Ghost Recon: Phantoms, featuring a more in-depth backstory to the game, improved graphics, enhancements to game mechanics and many other features. It was released on Steam on April 11 2014.