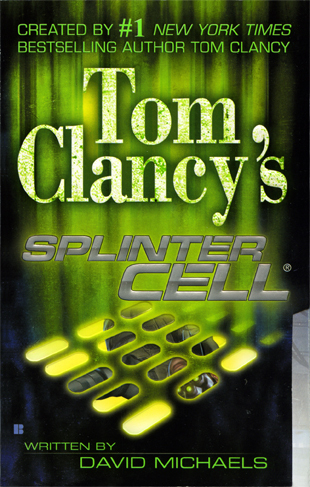 After the book was published in 2004, Raymond Benson announced that he had written it, using the pseudonym David Michaels. Benson is best known for being the official author of the James Bond series of novels from 1997 to 2002. In 2005, a second book by Benson was released entitled Tom Clancy's Splinter Cell: Operation Barracuda. After the completion of that book, a new author was hired to continue the series under the same pseudonym.

The book follows Sam Fisher on several unrelated adventures to the games, though they sometimes take place between them, as he struggles to deal with various terrorist and criminal organizations. The books show a different side of Sam Fisher's life with more focus on his domestic relationships, downtime, and his weariness about being a Splinter Cell. It also details elements of how Third Echelon works and takes a Tom Clancy-esque thoroughness to it.

The book was followed by six others: