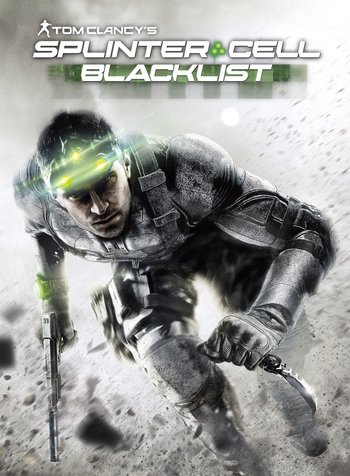 The story takes place six months after Splinter Cell: Conviction. Sam Fisher is now the head of a new clandestine organization that works directly for the President of the United States - Fourth Echelon. Meanwhile, several of America's enemies have banded together to give the US an ultimatum: remove any and all American military presence in their countries or they will launch "the Blacklist", a series of escalating terrorist attacks on US targets.

The gameplay is similar to Conviction, but with more stealthy moves and faster action. The game is also notable for being the first in the series not to have Sam Fisher be voiced by Michael Ironside, for he had serious health issues at the time. Fisher was voiced by Eric Johnson instead. Ironside would return in 2018 to voice Sam in a DLC for Ghost Recon Wildlands.