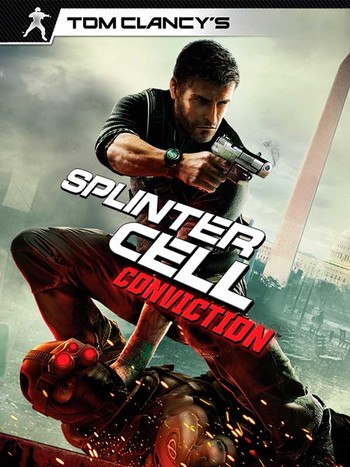 Three years after the events of Splinter Cell: Double Agent, Sam Fisher is on the run and investigates his daughter's death. Starting in Malta, some leads point him to a thug named Andriy Kobin. Before he can get the answers he needs, he's captured, prompting him to escape and link up with old friend Victor Coste. His search for answers takes him down a path he had thought he would never take, uncovers truths he thought impossible and has him racing to foil a far-reaching conspiracy.

A further departure from the series' trademark stealthy tone and gameplay, Conviction was well-received despite some fan controversy, and was even named Game of the Year by the Machine AWARDS, although its sales fell below all previous entries in the series (not being available outside the Xbox 360 and PC didn't help).