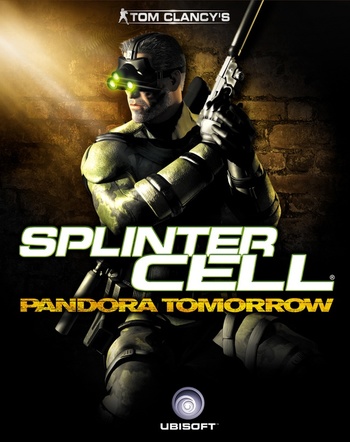 From East Timor to France, Jerusalem, Indonesia and LAX Airport, Sam Fisher must thwart a bioterrorist attack plot involving Suhadi Sadono (a Che Guevara-like Indonesian revolutionary leader) and Norman Soth, a rogue CIA agent who seeks revenge for getting betrayed by the agency he served.

The game adds multiplayer capabilities to the series, with a versus mode and specially designed co-op levels. For the solo campaign, it adds some new moves such as shooting while hanging from pipes and a few new gadgets. Triggering alarms is even more unforgiving than in the first game. The main theme was composed by none other than Hollywood veteran composer Lalo Schifrin.