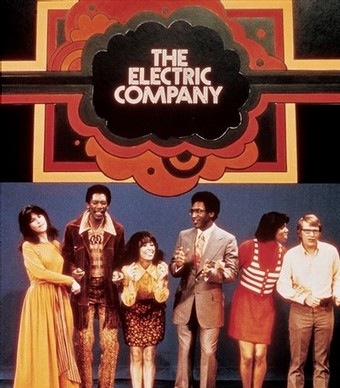 Its main purpose was to teach reading to reluctant readers by using Sketch Comedy, but its clever writing, memorable characters (such as Easy Reader, Fargo North Decoder, J. Arthur Crank, Jennifer of the Jungle, Paul the Gorilla), appearances by Spider-Man, animated inserts with the superhero Letterman, and psychedelic Scanimation visuals made it a cult hit with all ages. A comic book series based on the Spider-Man segments, Spidey Super Stories, premiered in 1974.

The cast was made up of a diverse group of performers such as Rita Moreno, who was already a well-known actress in her own right. Bill Cosby was a cast member in Season 1, and "The Adventures of Letterman" shorts featured the voices of Gene Wilder, Zero Mostel, and Joan Rivers. But most notable was a young and then-unknown Morgan Freeman, who played Easy Reader (and has been trying to live it down ever since).

Other cast members included Skip Hinnant (best known as the voice of Fritz the Cat), Judy Graubart (a member of the improvisational comedy troupe The Second City), Luis Avalos, Jim Boyd, Hattie Winston, and Lee Chamberlin. In addition to the adult cast, there was a Fake Band called the Short Circus, which consisted of 11- to 17-year-olds; June Angela was the only member of the Short Circus to stay the whole series' run. Other notable members included Irene Cara, later to become a hit-making solo artist; Todd Graff, brother of Mr. Belvedere actress Ilene Graff, and Denise Nickerson, at the time known for playing Violet Beauregarde in Willy Wonka & the Chocolate Factory.

A different series with the same title premiered in 2009; that version of the show has its own page.

"Who's the dummy writing this page?"