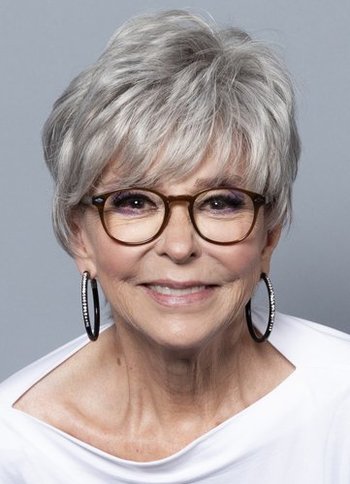 "It is through art that we will prevail and we will endure. It lives on after us and defines us as people."
Advertisement:

A star of stage, film, and television for more than six decades, Moreno is the first — and thus far the only — Latin American to have won an Emmy, Oscar, Grammy, and Tony, as well as one of only two people (along with Helen Hayes) to have completed both the EGOT and the Triple Crown of Acting.

Following what she has described as a "tumultuous" relationship with Marlon Brando in the 1950s and early '60s, she was married to cardiologist Leonard Gordon from 1965 until his death in 2010; they had one daughter together.