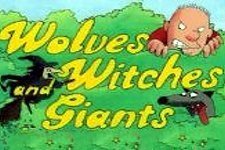 A collection of stories featuring the wolf, witch, and the giant as the main antagonists of each story, all told in a Fractured Fairy Tale way narrated by the late Spike Milligan. Made by the creators of Grizzly Tales for Gruesome Kids.