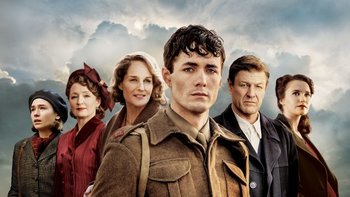 World on Fire is a 2019 BBC television series set across Europe during World War II. The first season chronicles the first year of World War II, starting with the German invasion of Poland and continuing through the aftermath of the fall of France in June 1940. A second season has been announced.

This series has has numerous characters. They include: