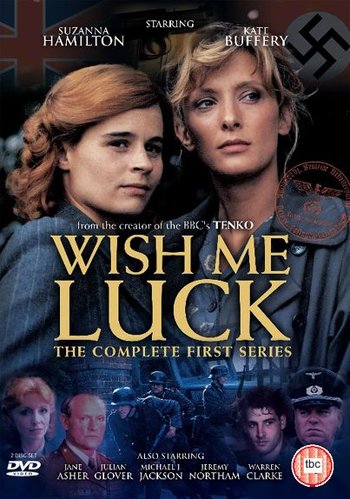 Wish Me Luck is a British TV show from The '80s about a British army unit during World War II that goes undercover in France to help La Résistance. Series One (set in 1942) and Two (in 1943) follow various female officers, including Liz Grainger and Mattie Firman as they struggle both to stay alive in occupied France and to overcome societal pressures against women serving on active duty. Series Three is about the rebellion organized by the Maquis du Vercors in 1944.