Time Travel for Fun and Profit 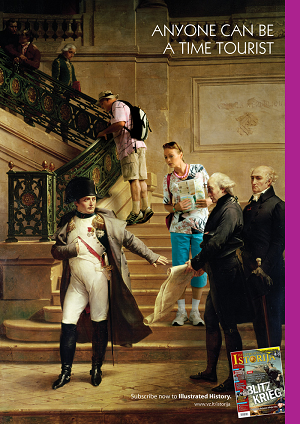 Rose: I want [Queen Victoria] to say "We are not amused". I bet you five quid I can make her say it.
The Doctor: Well, if I gambled on that, it would be an abuse of my privilege as a traveller in time.
Rose: Ten quid.
The Doctor: Done.
— Doctor Who, "Tooth and Claw"
Advertisement:

The easiest and most popular way of using Time Travel for mercantile purposes is the Compound-Interest Time Travel Gambit, but there are a lot of other ways.

Beware of Time Police, though. And note that the Butterfly of Doom and the Timeline-Altering MacGuffin both existed because of this trope. Most common in series with Casual Time Travel.