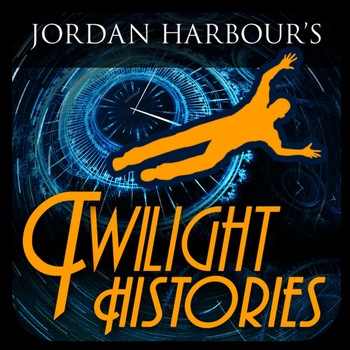 It's YOUR story...
Advertisement:

Twilight Histories is an alternate history time travel adventure podcast told in the second person. You, yes, you the listener, get to explore strange and exotic (if not outright dangerous) alternate worlds.

Set 200 years in the future, the framing device deals with a company known as Twilight Histories, which sends tourists on vacations to alternate universes where history took some unexpected turns. From a resurgent Aztec Empire, to a Carthaginian colony on Mars, to an Ancient Egypt ravaged by a new ice age, Twilight Histories covers them all. But danger lurks behind every corner of these alternate worlds. The podcast website can be found here

Though originally created by Jordan Harbour, the podcast has expanded to include a crew of several other writers including Josh Hutchins, Kevin Valbonesi, Tristan Verboven, and Devon Field.

Has nothing to do with sparkling vampires.