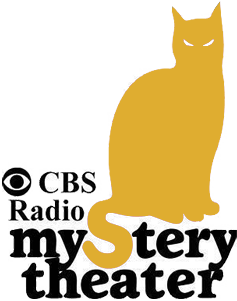 In the 1950s, the "golden age" of radio drama gradually died out as television took over as the dominant medium. In the USA, the era is generally considered to have drawn to a close on September 30, 1962, with the last surviving network radio dramas — Yours Truly, Johnny Dollar and Suspense — ending their runs on that date.

However, this didn't prevent there from being nostalgia years later, which led to a brief revival of radio drama in the '70s. The longest-lasting series of this revival was the CBS Radio Mystery Theater, which aired each weeknight from 1974 to 1982. It was created by Himan Brown, a veteran of such earlier radio shows as Inner Sanctum Mystery and The Adventures of Nero Wolfe, and was narrated by E. G. Marshall for most of its run, with Tammy Grimes taking over in the last year. Brown himself narrated a brief rebroadcast in 1998. Of course, as time continues to march onward there is now nostalgia for CBSRMT (as it's known by fans) itself.

The series was a one-hour program, with commercials between three acts. It had a variety of genres, though it leaned towards suspense and horror. A total of 1,399 episodes were produced. The series hasn't been released officially in any form, but it was widely recorded by fans and there are no Missing Episodes. Needless to say, it remains a popular choice for unofficial distribution in digital format. You can listen to most episodes online here

This series is an example of: