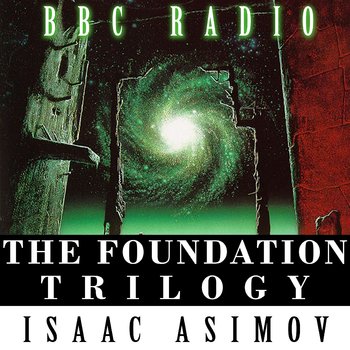 A Dramatization by BBC Radio broadcast on Radio in 1973, based on Isaac Asimov's Space Opera of the same name. Told in 8 one-hour segments, each episode is edited to change the Third-Person Omniscient narration into pure Dialogue, adding Music and Sound Effects for the immersive qualities.

Copies of this radio broadcast are available from Audible, the Internet Archive, iTunes, and YouTube.

The Foundation Trilogy provides examples of: