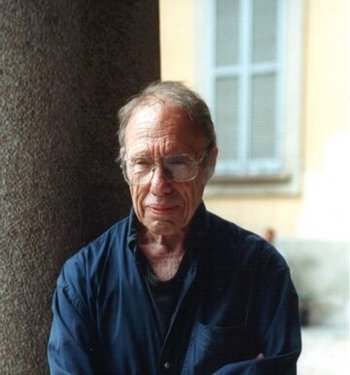 Robert Sheckley (1928-2005) was an American writer of Speculative Fiction and Mystery Fiction, best known for his voluminous production of witty and cynical SF short stories in the 1950's and 60's. His story "The Prize of Peril" is particularly notable for its early prediction of the rise of reality television, and likely served as an inspiration for Stephen King's novel The Running Man (and even more so for the movie).

The movie Freejack is, in theory, based on his novel, Immortality, Inc.. The live-action Disney movie Condorman is loosely based on his story, "The Game of X", and he is credited as one of the screenwriters. An Italian movie, The Tenth Victim, was made based on his short story, "The Seventh Victim"; Sheckley also wrote the novelization of the movie, and ended up writing two sequels, Victim Prime, and Hunter / Victim, as well.