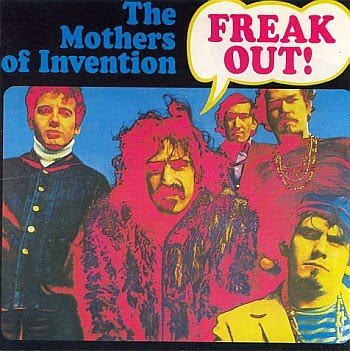 Sometimes he sings. Sometimes he talks to the audience. Sometimes there is trouble.
These Mothers is crazy. You can tell by their clothes. One guy wears beads and they all smell bad. We were gonna get them for the dance after the basketball game but my best pal warned me you can never tell how many will show up... sometimes the guy in the fur coat doesn't show up and sometimes he does show up only he brings a big bunch of crazy people with him and they dance all over the place. None of the kids at my school like these Mothers... specially since my teacher told us what the words to their songs meant.
—Suzy Creamcheese, a character Zappa himself made up, from a faux letter on the back cover
Advertisement:
Suzy Creamcheese, what's got into you?
—Frank Zappa, in response to said fictitious letter