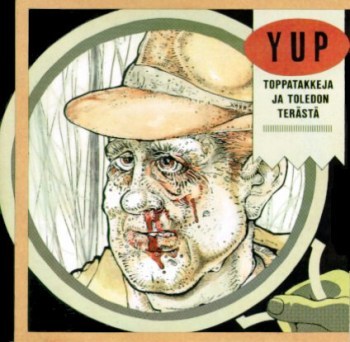 Toppatakkeja ja Toledon Terästä (Translation: "Guilted Jackets and Steel of Toledo") is the third studio album by Finnish Progressive Rock band YUP. It is a Concept Album with a story about singing detective Henri Blavatsky and his investigations on an evil family and a suspicious factory that stuffs mattocks and guilted jackets using dead people's hair.

The album is sung in Finnish and was released by indie label Elmerecords in 1994.