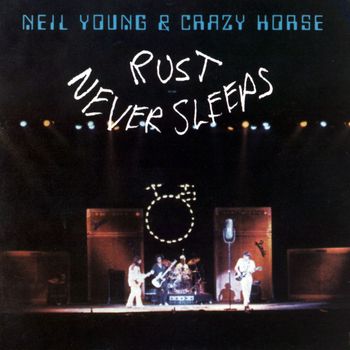 Rust Never Sleeps, released in 1979, is the second live album by Neil Young with his backing band Crazy Horse, and could also be called his tenth studio album. That is, it was mostly recorded live and complemented with studio overdubs, and it introduced a set of new songs in the way a studio album traditionally does. Young had been working on these songs for years, but in final form, some of them are influenced by Punk Rock.

It's better to trope out than to fade away: