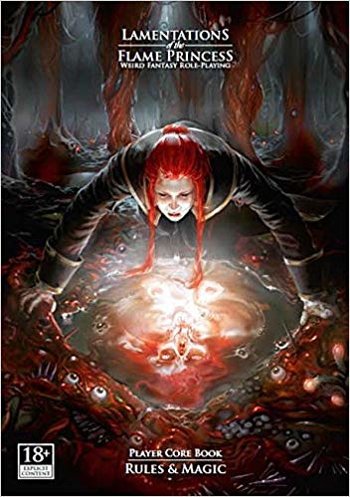 A Tabletop RPG created by James Edward Raggi IV. Based on Basic Dungeons and Dragons, Lamentations of the Flame Princess is one of the darker, more disturbing products to come out of the Old School Renaissance of tabletop role playing games. There's no default setting in the game; it's designed to play Metal-influenced late Medieval "weird fiction".