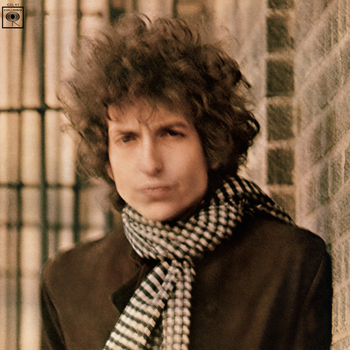 Blonde on Blonde is the seventh studio album by Bob Dylan, released in 1966. It was the first double album in rock history, completed shortly before Frank Zappa and the Mothers of Invention's finished recording Freak Out! (though a possible Release Date Change for Blonde on Blonde complicates the question of which album was released first). The record is seen as one of Dylan's best and contains the hits "Rainy Day Women #12 & 35" (Trope Namer for Everybody Must Get Stoned), "I Want You", "Just Like a Woman" and "Sad Eyed Lady of the Lowlands".

Most CD reissues are on a single disc.