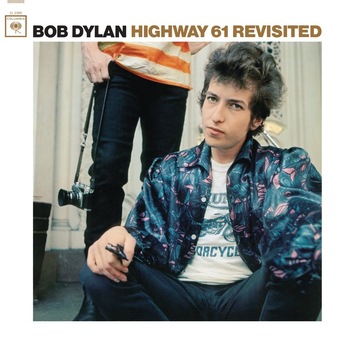 "Something is happening here but you don't know what it is, do you, Mister Jones?"
Advertisement:

Highway 61 Revisited is the sixth studio album by Bob Dylan, released in 1965. His first all-electric album, it is best known for the hits and fan favorites "Like a Rolling Stone", "Ballad of a Thin Man", "Highway 61 Revisited" and "Desolation Row".

Tropes with no direction home