Literature / From a Buick 8 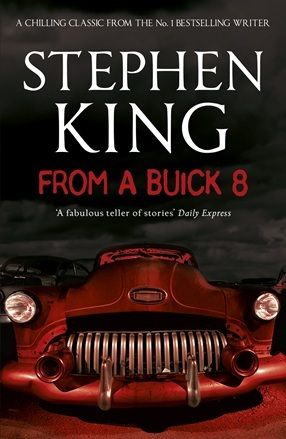 In rural Pennsylvania, one of life's great losers looks up from behind his gas station counter and notices that a big old Buick is still sitting out front with its driver nowhere in sight. After a quick search, he can't find the driver but fears he may have fallen into the river, so he calls the state police. When the police arrive, they cannot find any trace of the man and take the car away as potential evidence. Only... only it's not really a car. There's no way it can drive, it's missing essential parts and looks like it never had them and seems more like it teleported in judging by the lack of mud.

And that's just the start because things come out of it - the story—as written by Stephen King—is framed as the current Sergeant Commanding and some other officers explaining the thing to the traumatized son of an officer who was tragically killed by that same loser years later.