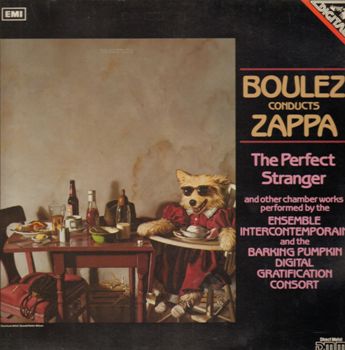 Boulez Conducts Zappa: The Perfect Stranger, aka The Perfect Stranger is a 1984 Classical Music album by Frank Zappa, made in collaboration with composer/conductor Pierre Boulez. Since Boulez' renowned status in classical music circles the album gave Zappa more attention and prominence in that world. On his debut album Freak Out Zappa had named Boulez one of his influences, so the respect was mutual.

On a somewhat more trivial note, this album was the first in Zappa's back-catalog to be officially released on the Compact Disc format, via EMI's classical music division and under the "EMI Digital" banner, owing to it being a fully digital recording, Zappa's first in his official discography. Zappa would continue to stick with digital recording and mixing technology for the remainder of his career, all the way until his death in 1993.