Literature / The Further Adventures of Batman 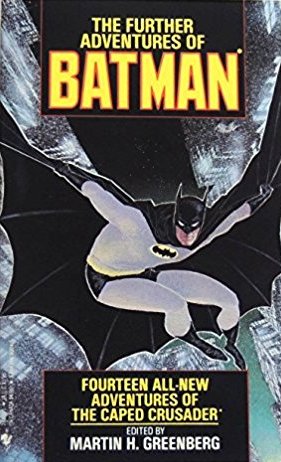 An Anthology series, featuring many different authors (mostly Speculative Fiction and Crime Fiction mainstays) trying their hand at Batman prose stories. Martin H. Greenberg acted as acquiring editor. All of these books were published by Bantam Books, mostly throughout the 1990s, all as tie-ins to the

Works in the anthologies:

Tropes from the anthologies: