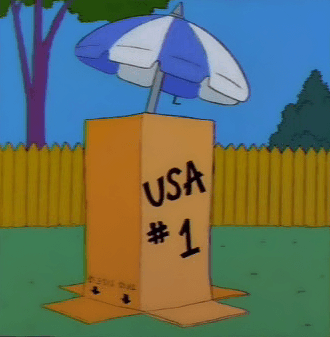 Whether it's a million-dollar government bunker concealed hundreds of feet beneath the Earth or just a humble basement, the shelter is your first line of defence in the event of an apocalypse. Regardless of whether the cataclysm is nuclear, bacteriological, environmental, supernatural or something else entirely, this place has everything you need - from strong walls to canned food - to wait out the apocalypse in safety, if not comfort. By all appearances, it should be the ideal refuge in the event of Armageddon...

The key word being "should."

Unfortunately, fallout shelters aren't always as safe or functional as they initially appear: maybe there's flooding, cave-ins, or structural failures due to the sheer scale of the disaster. Maybe the shelter's been contaminated by something from the outside world, a disease or a Zombie Infectee. Maybe there isn't enough food, water or medicine to keep the population healthy. Or maybe, in especially cynical situations, the shelter is completely useless and never would have helped anyone - either through incompetence or by design.

Whatever the case, the shelter is a death trap, and the best thing to do is to leave and look elsewhere - and if that isn't an option, pray for a swift death...

A subtrope of Failsafe Failure.

Compare Safe Zone Hope Spot, which usually involves people being drawn here following the apocalypse instead of prior to it.

Underground, the emergency council is fully protected from the nuclear attack on Sheffield - but unfortunately left entombed under the ruins of the town hall with a slowly-failing air supply, as these scenes demonstrate.

Underground, the emergency council is fully protected from the nuclear attack on Sheffield - but unfortunately left entombed under the ruins of the town hall with a slowly-failing air supply, as these scenes demonstrate.