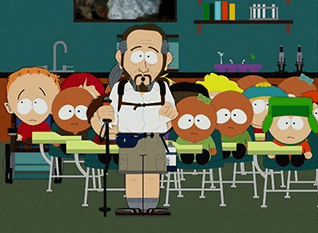 A man from the year 3045 travels back to South Park looking for work due to the poor economic state of the future. Soon more people from his time show up they start to take the townspeople's jobs.