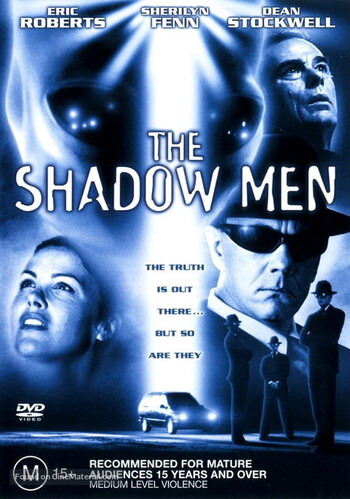 A 1997 Sci-Fi Thriller directed by Timothy Bond that has a family (Eric Roberts, Sherilyn Fenn, and Brendan Ryan Barrett) being abducted by aliens and trying to prove what happened to them later and find themselves being chased by mysterious government agents.