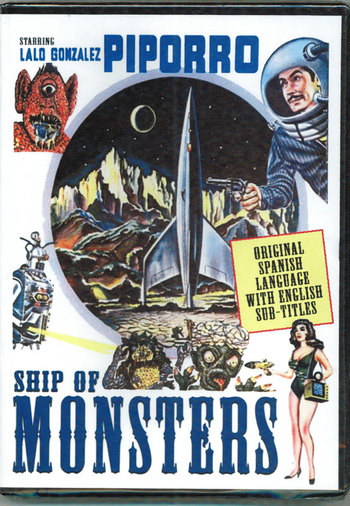 When the planet Venus needs men to breed with, they send two women, Gamma and Beta, to find some in other planets. After capturing several monstrous aliens (!) they are on their way back to Venus when their ship breaks down and are forced to land near Chihuahua, Mexico. There they meet Lauriano (Piporro) a singing cowboy who immediately hits on the two of them. They decide to take him back to Venus with them. But when Beta commits an act forbidden to her people and is condemned to die, she frees the monsters and sets them loose on the land!

Tropes in Ship of Monsters: