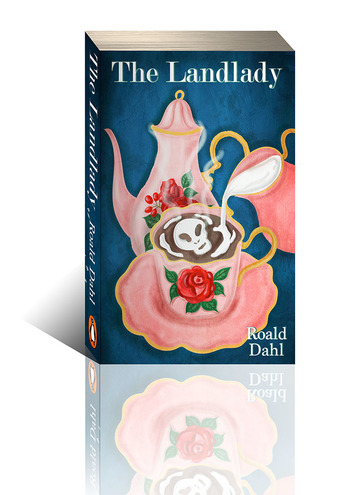 "The Landlady" is a short horror story by Roald Dahl, first published in The New Yorker in 1959 and anthologized numerous times since.

It starts out with Billy, a young Londoner, arriving in Bath on business and looking for a place to stay. He finds a cozy-looking bed and breakfast inn with a quaint old woman inside, who welcomes him to stay, just like the other young men she's been fond of.

The story was adapted for a 1961 episode of Alfred Hitchcock Presents and a 1979 episode of Tales of the Unexpected.

Tropes used in "The Landlady":