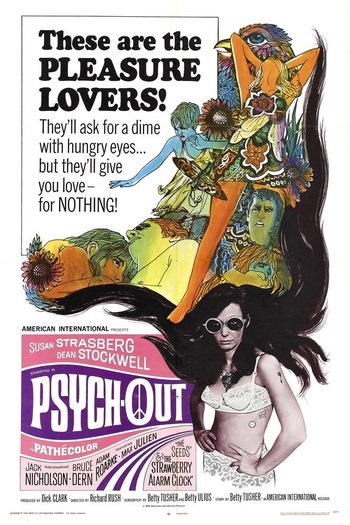 Psych-Out is a 1968 psychedelic film directed by Richard Rush.

Deaf, underage runaway Jenny Davis (Susan Strasberg) travels to San Francisco in search of her missing brother Steve (Bruce Dern), whom she hasn't seen since he ran away years ago. Her only lead is a postcard that says "Jess Saes: God is alive and well and living in a sugar cube." She befriends the band Mumblin' Jim, consisting of Stoney (Jack Nicholson), Ben (Adam Roarke), and Elwood (Max Julien). The band members hide Jenny from the police in their hippie commune, and—along with ex-member Dave (Dean Stockwell)—help her search for Steve.