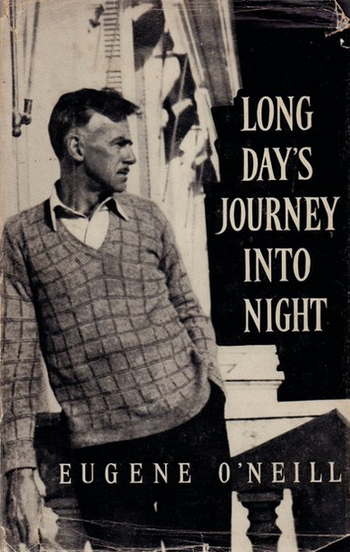 Long Day's Journey Into Night is the story of a day in the life of a loving but dysfunctional Irish-American family as it is torn apart by addiction, resentment, and regret. It is also Eugene O'Neill's most autobiographical play, hence his insistence that it not be published until after his death. Winner of the 1957 Pulitzer Prize. Fredric March won a Tony Award for his performance in the original Broadway production.
Advertisement:

The play's been adapted to film several times. A well-regarded 1962 adaptation was directed by Sidney Lumet, and stars Katharine Hepburn as Mary (who won Best Actress at Cannes and was nominated for an Oscar), Ralph Richardson as James, Jason Robards as Jamie (reprising his role from the Broadway version), and Dean Stockwell as Edmund.