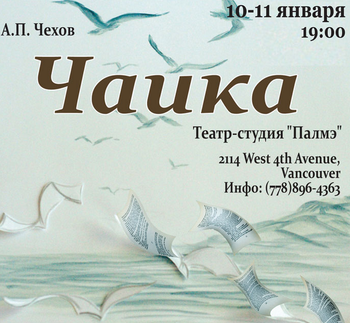 "I am unhappy."
—Third sentence of The Seagull.
Advertisement:

An four-act play written in 1895 by Anton Chekhov.

Konstantin, the only child of the acclaimed actress Arkadina, has written a play that will in one stroke repudiate the stodgy realism of his mother's work, announce his literary arrival, and, after a childhood of obscurity, win the respect of his family and neighbors. Unfortunately, his mother, who thinks little of her son and resents Nina, the pretty young star of the show, ruins the grand premiere with heckling.

Titanically angry at Arkadina and immensely jealous of her lover Trigorin, a famous writer, Konstantin shoots a seagull and presents it to Nina as a cryptic omen of his despair, which succeeds only in driving her into Trigorin's arms. Konstantin then shoots himself in the head.

He gets better. Things get worse...

The Seagull, the first and perhaps most famous of Chekhov's major plays, was itself a horrendous failure at its first performance. Its very delicate treatment of human weakness can easily become leaden and somber if handled the wrong way, but good production and acting illuminates its immense insight and compassion, and can even pull some laughs from odd places.