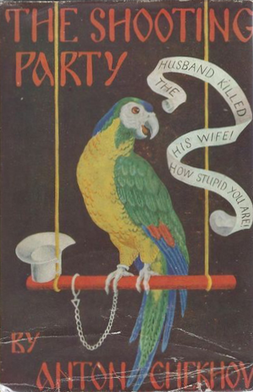 The Shooting Party starts off with a Framing Device: the unnamed editor of an unnamed newspaper receives a civil servant, Ivan Petrovich Kamyshev, who is absolutely desperate to get his detective story, The Shooting Party, printed in the paper. The editor initially gives little thought to it, but once he starts reading it he's drawn in, not least because it's true...

Notable for being the only full-length novel written by Anton Chekhov.

Tropes in The Shooting Party: