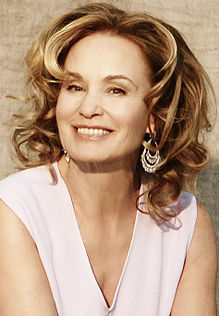 "One of the things I love about acting is that it reveals a certain something about yourself, but it doesn't reveal your own personal story."
Advertisement:

Jessica Phyllis Lange (/læŋ/; born April 20, 1949 in Cloquet, Minnesota) is an American actress who has worked in film, theater and television.

The recipient of several awards, including two Oscars, three Emmys, five Golden Globes, one SAG Award, one Tony Award and three Dorian Awards, Lange is one of the most celebrated actors of the modern era. Most recently, she starred as the lead in the first four seasons of Ryan Murphy and Brad Falchuk's television horror anthology American Horror Story.