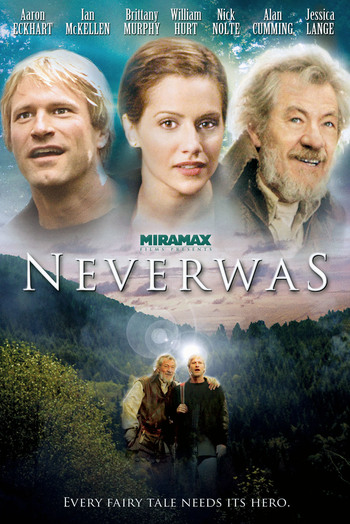 "Every fairy tale needs its hero."

Of all the things one says and does
I look back on what never was.
Then think of all that life could be
If I could capture what I see.
— T.L. Pierson

Dr. Zach Riley (Eckhart) is a promising young psychologist who begins working at a small private mental institution in New England. Years ago, T.L. Pierson (Nolte), the acclaimed author of The Adventures of Zachary Small in Neverwas, a classic piece of children's fantasy, was hospitalized for severe depression in this place. Pierson was Zach Riley's father, and the child hero of Neverwas is based on Zach. Pierson later committed suicide, and his son discovered his body.

Working in the hospital, Zachary meets Gabriel Finch (McKellen), a patient who has intimate knowledge of Neverwas and who has been waiting many long and lonely years for Zachary to come and return Gabriel to his rightful place as king of Neverwas. As Zachary tries to cure Gabriel of his delusions, he learns that there is more reality to Neverwas than meets the eye, and he makes a hero's journey to restore the kingdom.