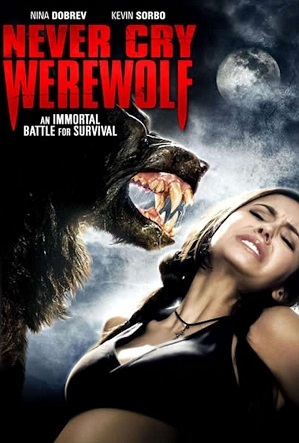 In the film, Jared Martin moves next door to the Hansetts, along with his hot motorcycle and eerie, ill-tempered dog. Although everyone else in the neighborhood takes an instant liking to him, Loren Hansett can't get over the bad vibes her new neighbor gives her. She starts to spy on his nocturnal activities and comes to believe that a recent killing might the work of a werewolf who happens to be her new neighbor. Her internet surfing provides a lot of collaborative detail but everyone but her friend Steven dismiss her story as teen-aged fantasy. Fearing for her life, she convinces Steven to take her to a gun shop to buy silver bullets in a gun shop, where their neighbor's supernatural dog attacks. When she dispatches the beast, her actions get the attention of Redd Tucker, a washed-up TV hunting show host to believe her as well. When Steven is attacked by the werewolf and Loren's brother goes missing, she and Redd team up to kill the lycanthrope before he can finish them both off.