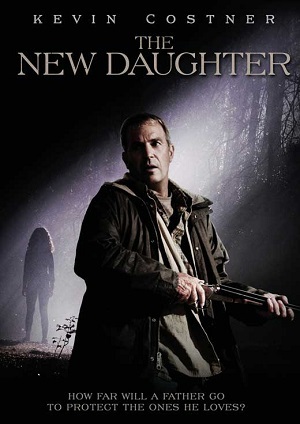 The New Daughter is a 2009 horror film based on a short story by John Connolly.

John James (Kevin Costner), a recently divorced author, moves to South Carolina to give himself and his two children, Louisa (Ivana Baquero) and Sam (Gattlin Griffith), a fresh start.

However, when Louisa discovers a strange mound, she begins changing. Although her father and other adults initially brush it off as the beginnings of adolescence, the truth gradually reveals itself as far more sinister. Soon John will find himself in a fight for his family against an ancient force that will do anything to get what it wants.