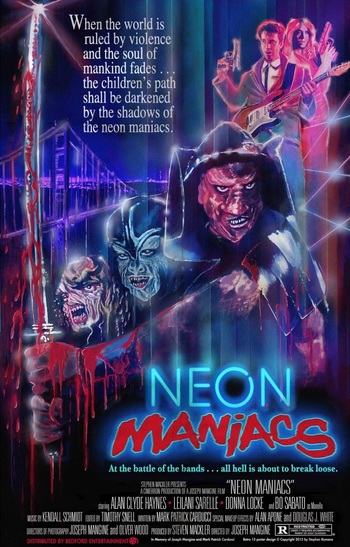 When the world is ruled by violence, and the soul of mankind fades, the children's path shall be darkened by the shadows of the Neon Maniacs.
—Opening Narration
Advertisement:

A teenage girl named Natalie is the only survivor when a group of monstrous killers slaughter her friends when they go out for a little makeout time in secret. When she escapes they stalk her around San Francisco to finish the job, leading to one of the strangest final showdowns even this particular genre's ever seen.