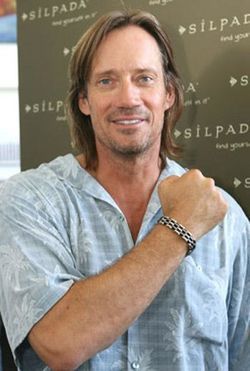 "It doesn't matter how successful you are in this business, it's tough to get through the next door."
Advertisement:

In 1997, he suffered from an aneurysm in his shoulder and four strokes. While recovering, he kept his condition a secret from the public until the release of his 2011 autobiography, True Strength. In the aftermath of his strokes, he suffers from bouts of vision loss, weakness, impaired balance, and migraines from time to time.

He is a proud Christian, but his religious beliefs affect and limit the acting roles he is willing to take, largely because he often goes to extreme ends of the faith. Related to this, he has played in a number of Christian films