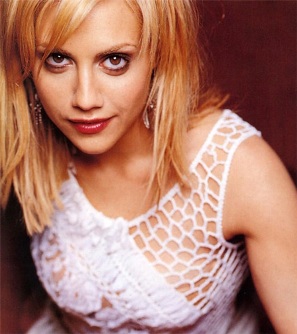 Probably Brittany Murphy's longest lasting role was as the voice of Luanne Platter in the long-running animated comedy King of the Hill (she also voiced Joseph Gribble until the season five episode "I Don't Wanna Wait..." in which Joseph goes through puberty and his pubescent voice is provided by Breckin Meyer). She also did voice work in animated penguin musical Happy Feet and the Futurama movie The Beast with a Billion Backs.

As a singer, she collaborated with Paul Oakenfold on the 2006 single 'Faster Kill Pussycat' and also sung as part of her role in the aforementioned Happy Feet.

She passed away unexpectedly at the age of 32 on Sunday, December 20, 2009, of pneumonia with secondary iron-deficiency anemia and multiple drug intoxication, which caused her to go into full cardiac arrest while she was in her shower. The mold in her house was originally said to be the cause of her death, but that's since been debunked. Tragically, her husband also passed away five months after her death.

Something Wicked, her final movie, was released in April 2014, and filmed in 2009 shortly before her death.

Not to be confused with Brittany Maynard, as a number of journalists have (sad to say) done.

Some of the works Brittany Murphy has appeared in:

Tropes associated with Brittany Murphy include: