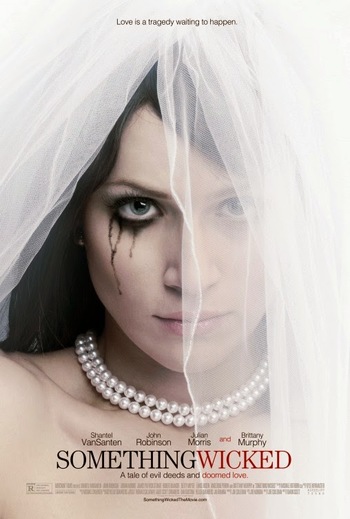 Something Wicked is a 2014 supernatural Horror movie.

Christine (Shantel VanSanten), is a high school graduate who has just been accepted to Oregon University and is excited both about the prospect of her education, but also the chance to start a family of her own by marrying her boyfriend James (John Robinson), but her plans at put to a halt when an unexpected car crash kills both her parents and leaves her an orphan.

While it was released in 2014, the movie was filmed in 2009 in Eugene, Oregon, marking the final film appearance of Brittany Murphy, who died of pneumonia and anemia in December 2009.