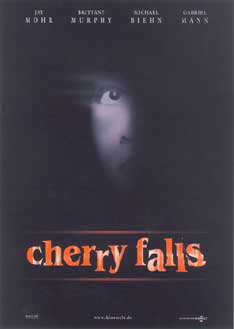 Get laid... or die!
Advertisement:

Someone is killing high school teenagers in the town of Cherry Falls, Virginia. During the investigation, the police finds out that the killer is specifically targeting the virgins. When the teens learn about this tiny tidbit, plans for huge sexfest is put into motion. But the killer is actually only going after certain people...

This films has the examples