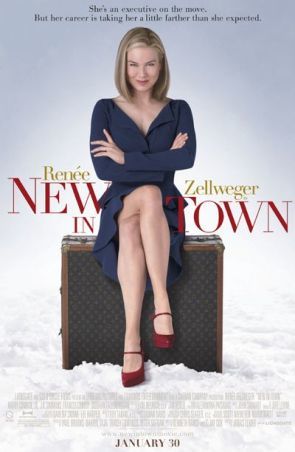 Lucy (Zellweger) is a businesswoman sent from the corporate office in Miami to oversee changes in a factory in Minnesota, where she's also supposed to lay off half the staff. She quickly alienates the locals, particularly the union rep, Ted, with whom she will inevitably fall in love by the end.

Has nothing to do with John Mulaney.