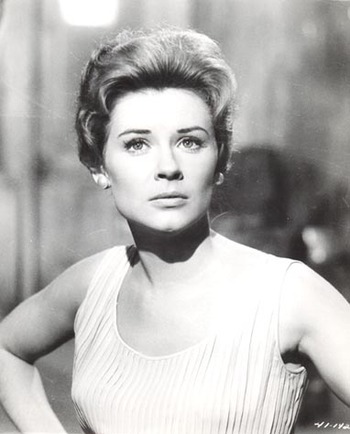 Hope Elise Ross Lange (November 28, 1933 – December 19, 2003) was an American film, stage, and television actress best known for her Academy Award- and Golden Globe Award-nominated performance as Selena Cross in the film Peyton Place (1957) and her Emmy Award-winning winning role as Carolyn Muir on the sitcom The Ghost and Mrs. Muir (1968–70).

Lange was married three times, including to Don Murray (with whom she had two children, including Christopher Murray) and Alan J. Pakula, and had relationships at various points with Glenn Ford, Frank Sinatra, and John Cheever. She died of complications from ischemic colitis at the age of 70.

No, she's not related to Jessica Lange.